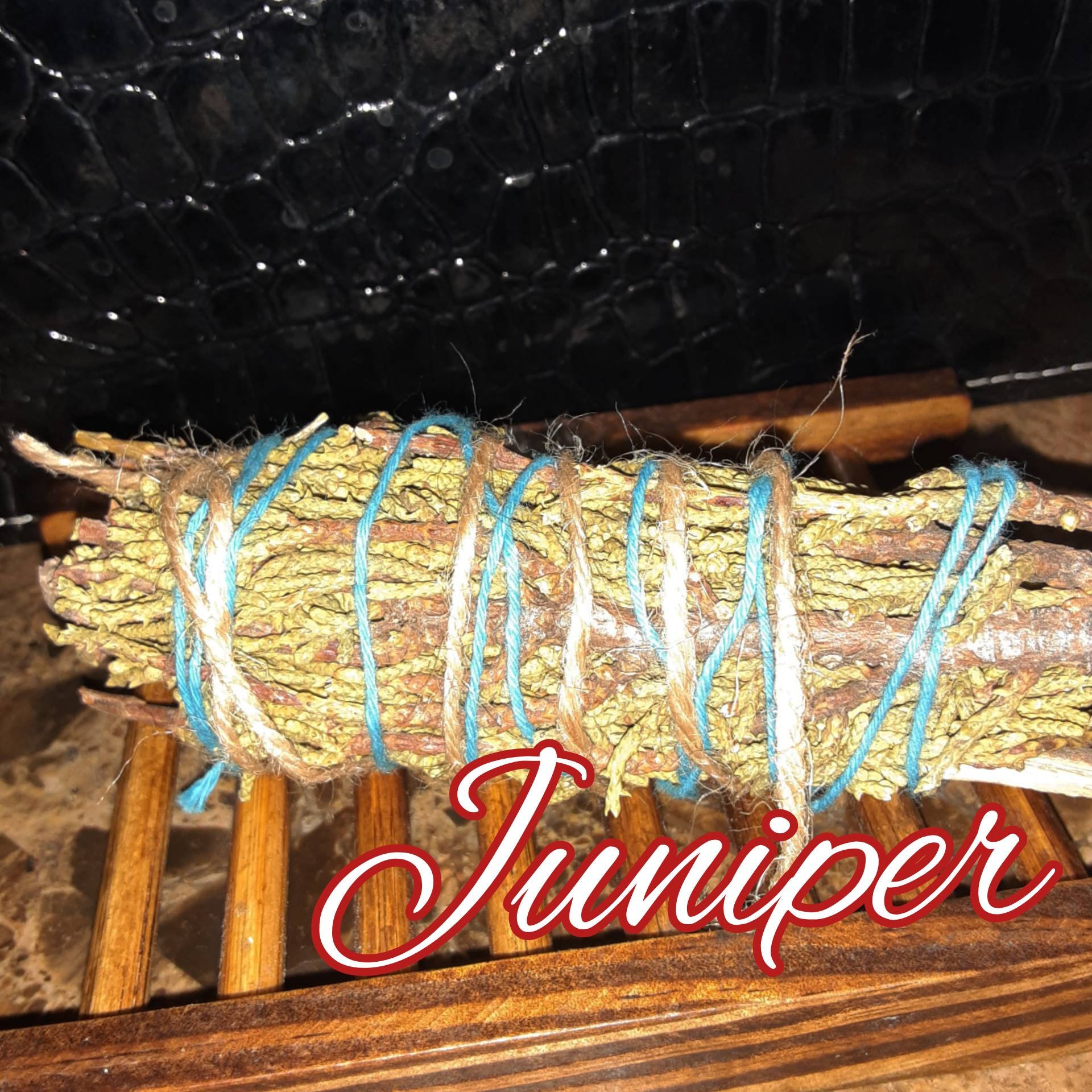 Set your intentions while burning our Juniper Sticks. The ancient Egyptians and Greeks considered Juniper a purifying and protective herb and other ancient peoples from the Mediterranean used sacred Juniper wood as ceremonial and medicinal incense. Outside of the Mediterranean, Juniper was often burned for the purpose of sweetening a room with its smoke. Alternatively, branches were placed on the floor so that when people would walk across them, the aromatic oils would be released into the air as a perfume for the room. Queen Elizabeth herself preferred a bedchamber sweetened with Juniper! Shamans from Siberia to northwest Pakistan also burned and inhaled the smoke of Juniper to induce a trance before engaging in their magical rites and ritual practices. Juniper smoke has been noted as a smoke medicine for divinatory practices cross-culturally.

But please contact me if you have any problems with your order.

0 items in your cart